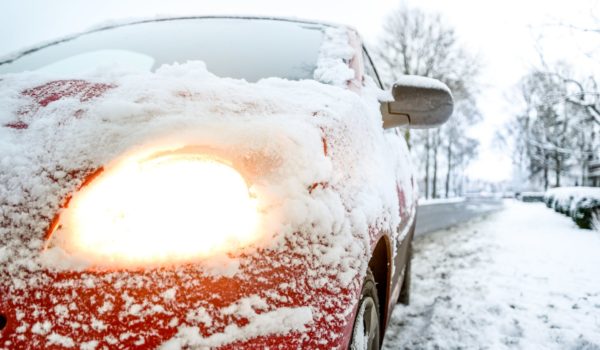 You may have those winter tires installed, not only for safety purposes but to take advantage of a nice discount on your auto insurance, but are you sure they’re secured on properly?

The Ontario Provincial Police recently reported two incidents where the tires of vehicles flew off as they were travelling on highways in the Greater Toronto Area, sending one person to the hospital.

“A delivery truck driving down the highway had its wheels installed about two weeks ago and for some reason, both sets of the dual wheels from the driver’s side came off, bounced off of one vehicle that was heading eastbound,” said OPP Sgt. Kerry Schmidt, addressing an incident that happened on Highway 407 near Leslie Street.

“The tires then both bounced over the concrete wall into the westbound side, striking another vehicle,” as the driver of the vehicle that was struck lost control and had to be transported to the hospital.

“This is the time of year when we usually see a spike in wheel separations because of the predominance of people putting on their winter tires and changing over from all-seasons. If they’re not installed properly … we run the risk of having a wheel separation,” Schmidt added.

Drivers who have their winter tires installed may be tight at the time, but after driving about a day or so and putting some pressure on them, there is a chance that those components could settle together and the clamping pressure is lost.

Other considerations are the normal wear and tire on winter tires after constant usage. Not only the screws fastening tires can get loose, the rubber gets worn out as well.

According to the Tire and Rubber Association of Canada, there are several factors one needs to consider when installing winter tires, such as weather and driving conditions. But here are other questions you should be asking yourself:

Have you checked if your winter tires are safe and secure?